skip to main | skip to sidebar

Cleaning out the camera again!
This time I have all sorts of random things to show you :)
Aunt Reeny answered the plea for more closed-toe
school shoes - much to Aurora's delight! 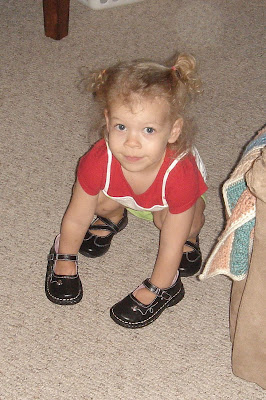 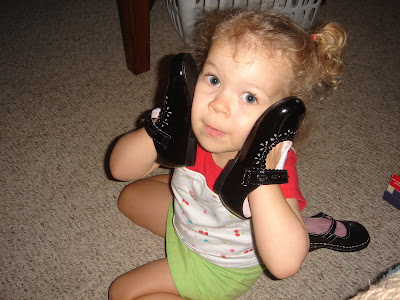 Daddy brought home a bunch of tadpoles for us to
grow into frogs - here they are, ready to be released
to our pond! I couldn't get any good pictures of the
tadpole stage. 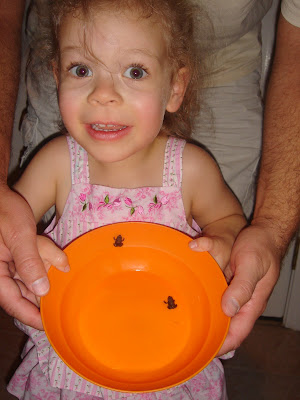 Grandma Ringler came for a short visit and we had a
wonderful time with her even though Aurora was still
getting over her bout with swine flu. 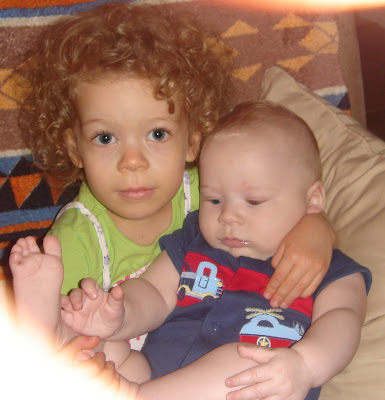 Aunt Lora sent some beautiful clothes for Aurora, but
she chose to wear the ones meant for Alan instead!
This is a 12 month onesie on my 33 month old kid
(over her clothes!) 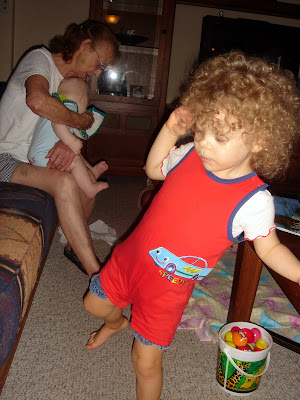 We spent a wonderful day at the park, playing and
watching the sailboats while we had a picnic snack. 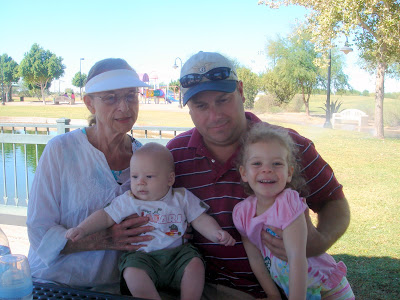 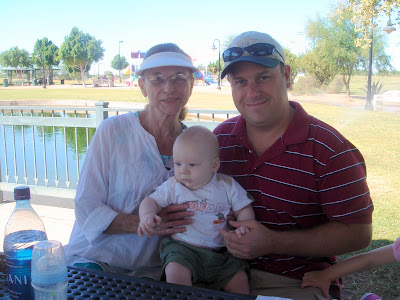 And the pumpkin patch finally opened on the day Grandma
was to fly back home - so on the way to the airport we stopped
and literally ran in, posed, and snapped as many pics as
possible. Of course since we were in such a hurry, no one
was having a good time - as you can see!
(Sadly, this is just about the best shot I got!) 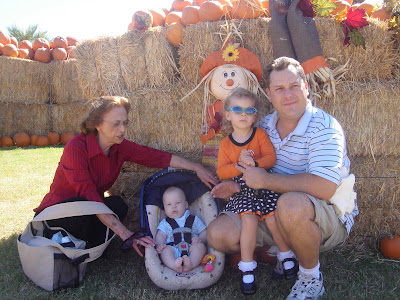 Aurora got to go to the airport and watch Grandma get on
the plane and fly home - and she's been talking about it
ever since! 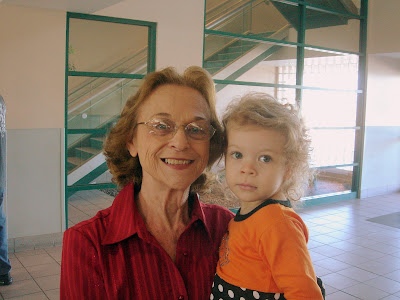 And I finally broke down and bought an Ergo - and am I ever
glad I did! Yesterday we were having one of those days -
neither kid would nap, I had a mountain of laundry and ironing
to do, and I was just worn out! So when dear old dad got
home, he strapped Alan to his back and took Aurora out
to the backyard so they could play while I made dinner.
It seemed to be just what Alan needed! 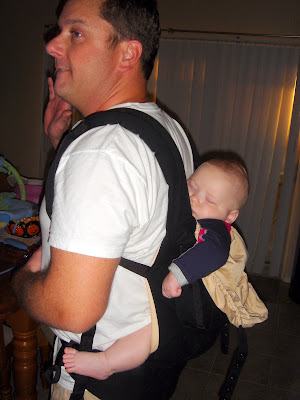 And Miss Aurora is FINALLY feeling well enough for school
again - this morning she woke up and said "I want to go to
school today" for the first time in 2 1/2 weeks! And it's the
time of year where its cool enough in the morning for a
sweater, but warm enough in the afternoon for shorts.
So, shorts and a sweater it is! 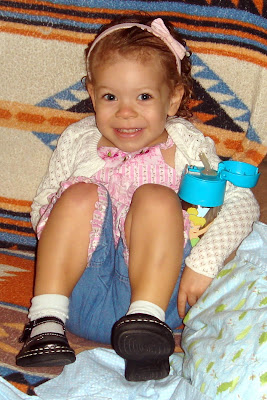 I love a picture of a babywearing Daddy. That is awesome. Todd agrees. You'll love an Ergo. Henry still gets in the Beco (same) from time to time.

Where did Aurora get the curly hair from?? I am curious to see if Alan has it too. Hope all is going well with your family. Waiting for the announcement for number 3, since Kelley....

Monya R.
Welcome friends and family! Since we are all spread out across the world, I created this blog to share our adventures with all of you. Mike and I got married in May of 2003, moved to Yuma in December 2003, bought our house in October 2004, had our daughter in January 2007, and had our son in June 2009! We've been busy :) Email me at mkringler(AT)gmail(DOT)com!